It is time for Canada to commit to climate leadership

It is time for Canada to commit to climate leadership 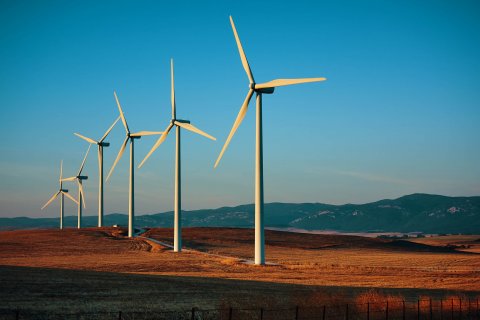 I care about the safety and well being of my family, my friends and my community. I want to live on a planet that is healthy, strong and economically and environmentally resilient. We know that our future is being threatened by the climate crisis. So when I hear that new fossil fuel infrastructure is still being approved by the Canadian government despite mass opposition from community members and Indigenous peoples, in 2016, it frustrates me.

We face  a hard deadline to tackle the climate crisis. Climate scientists overwhelmingly agree that surpassing 2C of warming threatens our very survival. After three decades of political leaders fumbling important climate targets, we know we cannot allow our elected officials to continue this way. It is no longer an option.

That’s why the historic Paris Agreement signed by over 190 nation states at COP21 last year marked a shift on the world stage: countries recognized that they can, and must, take ambitious measures to tackle a warming planet. The world has the technology to transition to a green economy, and these technologies are already becoming competitive with fossil fuels.

Canada has taken great strides to address climate change this past year. At COP21, Canada recommended countries aim to cap  warming at 1.5 degrees, and after a decade of the Harper government, that global ambition was refreshing. This year, for the first time in Canadian history, Canada implemented a national carbon price that will go into effect in 2018, after years of relying on patchwork provincial climate policies. Canada was also one of the over 70 countries that ratified the agreement just this month, and at COP22 in Marrakesh we will be there when the Paris agreement officially enters into force.

We have cause to celebrate, but signing deals is the easy part. All that progress will mean very little if we don’t make ambitious policy progress at home. We need to remember Canada has performed very poorly on its climate commitments — that is why the Climate Change Performance Index rated Canada in “very poor” standing last year (we were placed 56th out of 60 nation states, well below high emitters like the United States, China and India).

The federal government has to look beyond adopting Harper’s 2030 emissions reduction goal.  We cannot afford to delay implementing an ambitious and enforceable federal climate action plan any longer. We signed the Paris Agreement with 190 other nations. Making it a reality is a global priority.

That is why Canada will have to:

The reality is clear: COP21 marked a historic shift in the political landscape, and the Paris Agreement has been set in motion. It is unstoppable, and Canada needs to embrace climate leadership at home to make our international commitment a reality. COP22 is the turning point. We have no choice but to embrace ambition progressive policies if we want to be well-equipped to tackle the greatest threat to our generation.